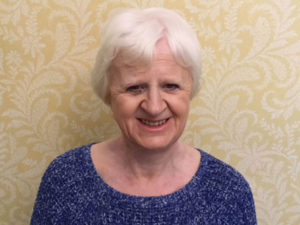 I understand from my mother, that the symptoms of my condition of FCS ( not called that back in 1955) came to light when I was 6 weeks old when the milk feed I was on became richer. Until my late teens, all my family and I understood, was that I should avoid dairy rich products and fried food. Essentially a low cholesterol diet. As this resulted in a diet that was woefully off the mark to control my symptoms, I recall frequent bouts of pancreatitis throughout my childhood. At one point I recall my father walking out of the room in tears as he saw me unwell yet again for the third time in 2 months. I was never hospitalised, despite the chronic relentless vomiting and severe stomach pain. I think it became part of normal life, and, as with so many stoic Irish parents of that era, it was a matter of just getting on with it! There was no mention of any restriction on food at school, so it is no wonder that I was so ill.

For me, my condition resulted in a growing interest in nutrition and biology leading to me studying dietetics, and through this, by my early twenties, I had gained control of my diet and I was under a good consultant. Since then, the episodes of pancreatitis have largely been very few and far between, and I have no other related symptoms. My three pregnancies went without any issues, and fortunately, none of our children have the condition. I can tolerate a diet of around 20 to 30 gms of fat a day, and I am not yet diabetic, so I know I am in a better position than many with the same condition.

I have been very fortunate to have travelled alot, and the majority of trips have not resulted in a bout of pancreatitis, nor any other symptoms – but not all, and I’ve learnt, albeit the hard way, a lot of coping travel strategies. Travel and Christmas celebrations have brought me my toughest challenges.

However, the day to day reality is accepting the daily grind of constantly having to make the right choices over what to buy, cook, eat and drink, agonising over the supermarket shelves, having to say ‘no’ to what I would really like endless times throughout the day, feeling guilty for saying ‘yes’ to something I shouldn’t have had, and thinking through yet another strategy to cope with the next social occasion. Not to mention the odd bout of feeling sorry for myself.

As for the cliche ‘we are all human’ I know for me this means I won’t – and don’t always make the right dietary choices – ‘could do better’ springs to mind, but I do know that by sharing the challenges with those around me and those that lend an ear lifts the load to cope with what tomorrow will bring.