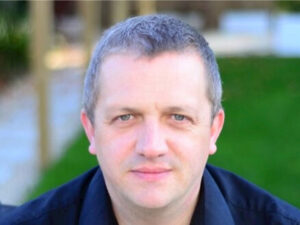 I am the father of three boys, two of whom have been diagnosed with Lipoprotein Lipase Deficiency (FCS), one born in 2000 and the other in 2006, our oldest son doesn't have the condition.

We discovered the condition when our youngest son was 3 months old. He had started to vomit his feeds (he was breast fed) and over a period of two days he became increasingly unwell and was finally rushed to hospital where it was found he had an enlarged liver and spleen and a severely occluded duodenum. After 5 weeks in hospital he was diagnosed with LPLD (FCS) and our other two sons were tested, resulting in a diagnosis for the middle boy, then aged 6.

Over the intervening years there have been many challenges, not just the highly restricted diet, but also with the emotional impact this can have, particularly through the teenage years. Throughout we have had fabulous support from the metabolic disease clinic at Great Ormond Street Hospital.

Our two younger boys are now 15 and 20 respectively, and generally fit and well. The older of the two has transitioned to adult services and has become really good at maintaining his diet and taking responsibility for his own wellbeing.