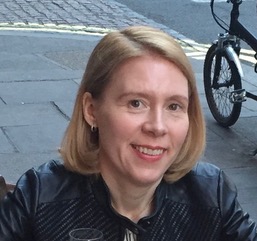 I was born in 1967 at the Woolwich Hospital for Mothers and Babies. Shortly after my birth, I became seriously ill and it was clear that all was by no means well. The doctors at my local hospital were unable to diagnose the problem and my condition was deteriorating fast. My father, a scientist, was, by a happy accident of fate, conducting research into lipids at the Lister Institute in London. Having identified Professor Lloyd at Great Ormond Street Hospital as the authority on lipid-related metabolic conditions, he asked for me to be transferred immediately by ambulance to Great Ormond Street where, after a lengthy review of my condition and the genetic make-up of my parents, the cause was identified: I had type 1 hyperlipoproteinemia. One of the main signs was the milky consistency of my pupils, an indication of my inability to digest fat. From that point onwards, I made a gradual recovery and, the story goes that I spent 99 days in hospital, returning home on the 100th day, extremely fragile but alive!

My parents were stringent in their observance of my strict non-fat diet and in my indoctrination that fat was my enemy. They were both intelligent, diligent and clear-thinking and were determined that I should not be made to feel different or marginalised. My mother tirelessly prepared non-fat delicacies so that, at children’s parties, I would have my own sandwiches and cakes. At school, I would have separate, carefully prepared sandwiches, although the attitude of the school was a little less flexible. The infants school I attended insisted that I should eat separately from the other children as “sandwiches from home” were not part of the curriculum. Some of my earliest memories were of sitting alone in an empty classroom, quaking at the sound of footsteps in the corridor.

Despite this somewhat unpropitious start, the rest of my childhood went remarkably smoothly. I was swiftly removed from the infant school with its Draconian rules and spent the following years in a more understanding environment where the psychological impact of my condition was minimised. My university years were largely incident-free and a nine-year spell in Italy expanded my culinary repertoire. The demanding nature of the condition meant that all my friends and family experienced my condition first hand and evenings in restaurants and even drinks in bars needed to be navigated with the appropriate care, with all those present participating in the explanations to bemused chefs!

In my later life I sometimes ask myself, how has it affected me? Whilst many of my friends have been more daring in their travel plans, I have been conditioned by the limitations of my diet and have preferred only to take calculated risks. I have come to realise that travelling in comfort is a necessity for my condition as “slumming it” is not an option; the stakes are just too high. Time is also an essential factor as the availability of ready-made foods is limited: I now have a cook who helps me prepare my non-fat dishes and cakes and I feel physically stronger as a result. It is also an immense psychological relief to know that my needs are taken care of. I have never had any incidents of pancreatitis, as often happens to sufferers of the condition, and I intend to keep it that way.

All in all, I have led a trouble-free life, given the constraints of my condition, and consider myself lucky to have had such a caring and loving family and friends who ensured that I did not feel marginalised. I realise that not every case is like mine as it is a condition fraught with complexity, both from a physical and psychological perspective.